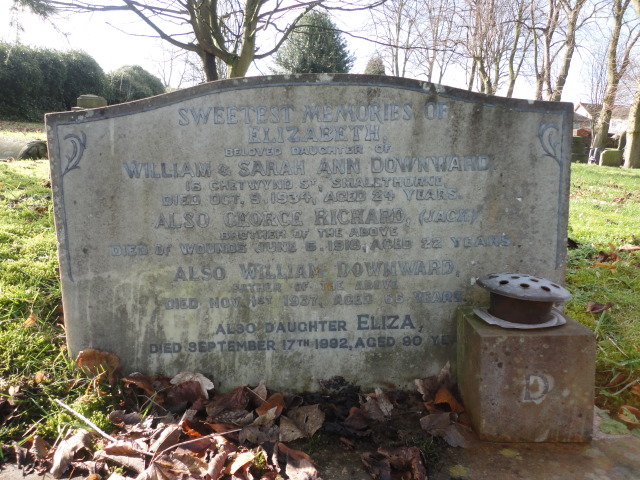 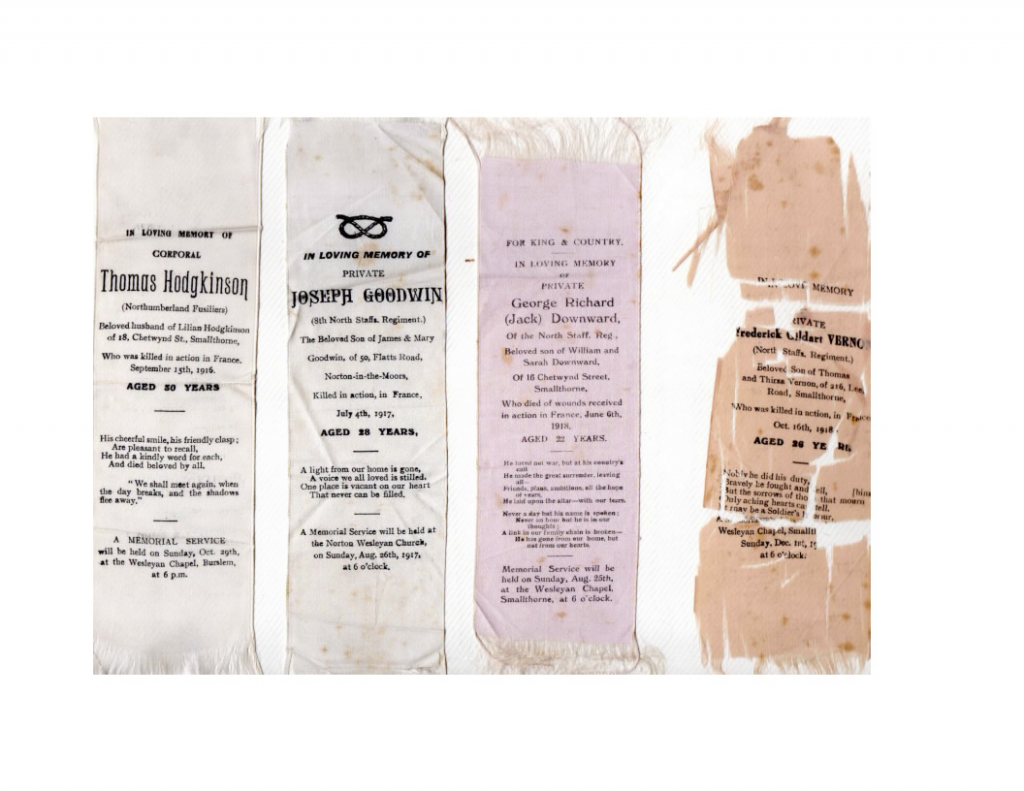 Memorial Ribbons of George Richard ‘Jack’ Downward and three other service men who are believed to have been friends who lived locally and joined the North Staffs Regiment around the same time.

This section is for memorials to the dearly departed of Smallthorne. Get in touch if you would like to have a memorial of someone placed in this section.