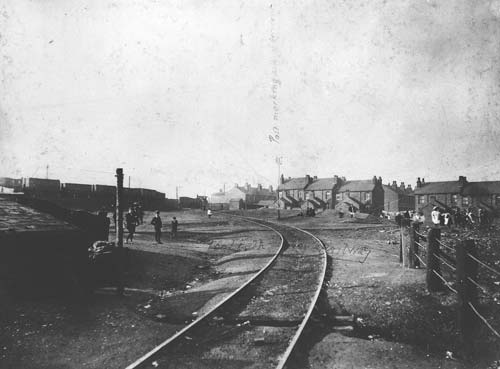 Description: Coal used to be transported from Norton colliery via a railway line. This line ran up the steep gradient, past another colliery near Community Drive to the top of the hill at Smallthorne. The coal wharf there supplied coal to local merchants for domestic use. An official City Council Photograph.

This area became a somewhat hazardous playground for children in the area who would catch rides on the wagons. During hard times they would also collect coal, which had fallen in transit from the trains, for their parents to use at home.