All Your Yesterdays – The Forresters Arms

You & your memories with John Abberley

During the 1921 miners’ strike almost 16,000 free meals were handed out in the backyard of the Forresters Arms at Smallthorne.
This sterling service for local families was provided almost single-handedly by Louise Tunnicliffe, the licensee’s wife, who ladled out gallons of soup every day from a cast-iron washing boiler.

The head of Parker’s Burslem Brewery, Sir William Dobson, paid for all the food and families took their own bowls or jugs to be filled. People also took clothing for customers who had fallen on hard times.

Louise’s grandson Peter Mould, says the simple meals distributed from the soup kitchen were of good standard because his grandmother had been a cordon bleu cook before her marriage. “She was also a tough character who was used to dealing miners,” he says.
“When the men had their wages on Fridays she would only allow them two pints of beer before sending them home. Sometimes they were reluctant to go, so she threw them off the premises herself.”

Peter, born a the Forresters Arms, also recalls that his grandmother was a first-class shot, having previously travelled with her father’s shooting gallery, which he took to garden fetes all around the area to raise money for all kinds of different charities. 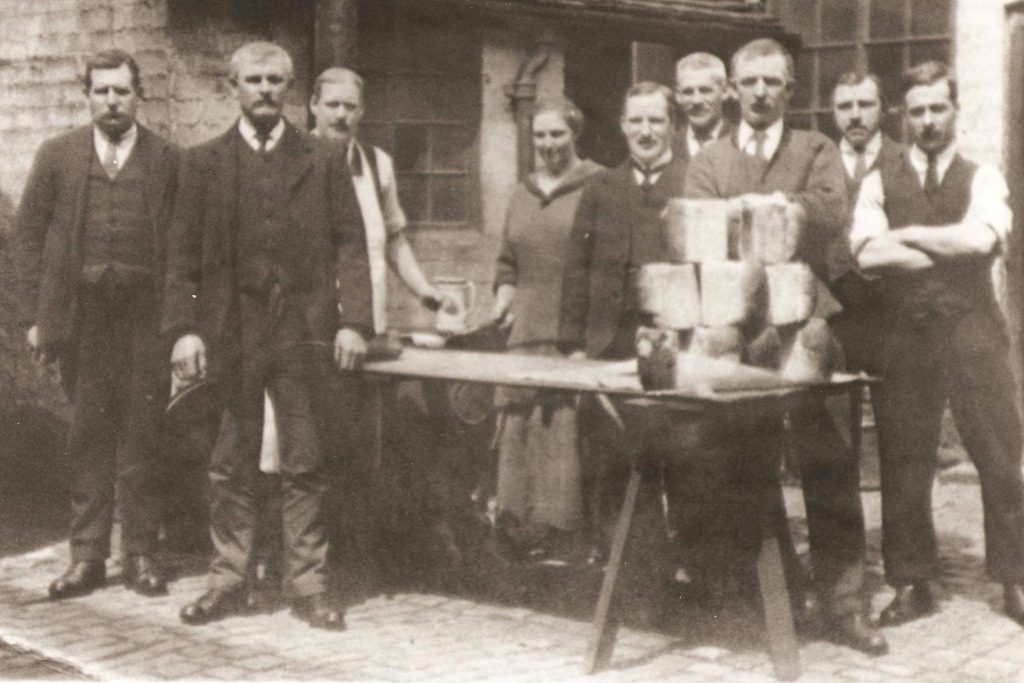 Ready to serve at the Forresters Arms, during the 1921 strike. Louise Tunnicliffe is pictured in the centre of the group.

Transcribed from an article in the Evening Sentinel