“I lived in Smallthorne from 1957 to 1969, at the bottom of Nettlebank, behind the Victoria Working Men’s Club, at 17 Holden Avenue North. My best childhood friend lived immediately adjacent to the club at 296 Hanley Road.”

Below: The Victory Club Today 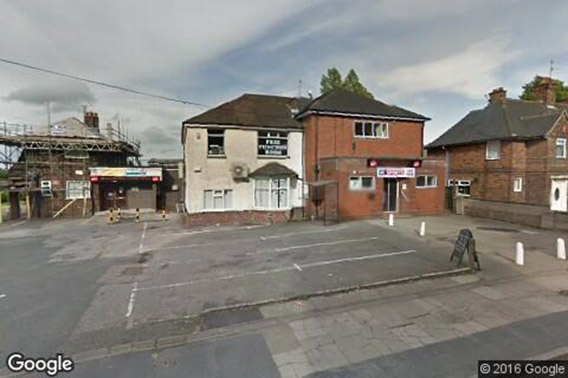 “He and I had papers rounds at age 10, shortly after England’s World Cup victory, with Arnold Sant at the top of Nettlebank/ Ford Green Road.Sadly, he died young in the early 80’s I believe,but in the late 60’s he had a roaring newsagent’s business, turning over almost a grand a week, and driving a Porsche. His
daughter Irma, lived on my paper round in Cliff Street opposite a corner shop. She helped out in the family business, and was a younger version of Elsie Tanner, beehive hair often in a towel, and wearing a
dressing gown as she gossiped outside on the street.”

Below: Old view of 12 Leek Road 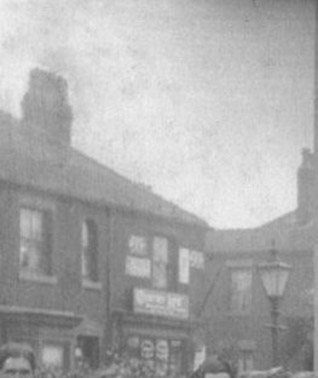 “At the top of Nettlebank after a large house looking onto the Esperanto pub ‘ La Verda Stelo’ on Esperanto Way, there was Preston Street with a grocer’s on the corner selling amongst other things ‘Jublees’ (
triangular frozen orange juice) and ‘Tide’ washing powder which later became ‘ Surf’; opposite the grocer’s was a spit-and-sawdust betting shop which took a Sporting Life every morning. Higher up on Nettlebank
there was a grocery shop in a row of old houses run by an extremely deaf old lady, and on the other side towards Smallthorne roundabout there was a monumental stonemason’s business. Lower down Ford Green
Rd., was the Bethesda church, an oatcake shop which had boy deliverer’s on bikes at weekends, where oatcakes were 2d each or two for threepence, and Pikelets were 3d each if you wanted sultanas on them, and lower down a chippy that cooked in lard.”

Below: The Oatcake Shop 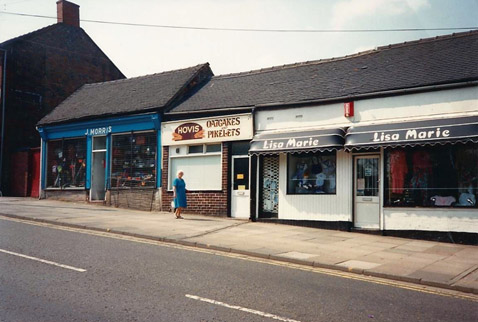 “All the streets off were named after planets; Jupiter, Neptune, Mars, Pluto. And then there was Ford Green Hall. Back up to Smallthorne roundabout and there was High Lane leading to Port Vale’s Hamil Rd., turn-off, or on to Chell and Chell Heath. Or first left down to Burslem baths or Burslem Park, which provided a pleasant alternative walk to Vale Park. I live in London nowadays, but I often reminisce; Happy Days!” 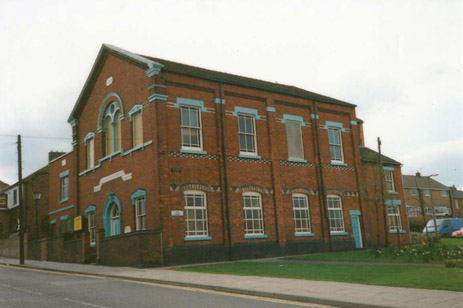 Many thanks to Andrew for sharing his memories.