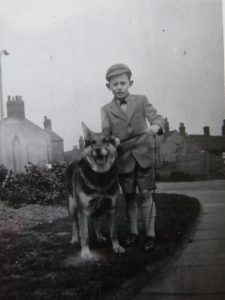 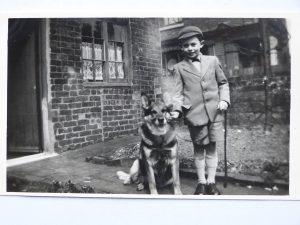 I would like to share these photos on your wonderful site. I think they are the only photographs of the four miners cottages at the top of the bank.

I am at the front of my grandparents cottage number 9 Leek Road, on the corner of Fell Street a hardware shop which is now Rogers hairdresser’s can be seen in the photo, my grand parents Jack and Agnes Walsh lived there from 1914 to 1959 and then moved to 10 Northwest Terrace until their death in 1970/72.

In the other photo I am standing on the original roundabout near the toilets and in the right of the picture is the first cottage number three. The family who lived their were name Willett.

Picture taken 1955 and at the front of the shop the cast iron post used to tether your horse n cart is still there I was fascinated with it as a child.

Memories of work in Smallthorne by Doris Machin (nee Tyler)