Further to Publishing “Village Changes – A Tribute to Thomas Tomkinson” some of Thomas’s descendents have been researching his family tree and have discovered the following.
Thomas Tomkinson’s first child was born in 1838 and named William Jones Tomkinson. William would have lived at 23, Sparrow Street, Smallthorne until he married Martha Wildblood in Smallthorne, on 6th April 1859 and moved to Leek Road (now Ford Green Road). They had a number of children. Unfortunately Martha died on 11th September 1883, due to complications following the birth of their eleventh child.
William trained as a crate maker, probably apprenticed to his father; by 1861 he was still a crate maker but employed a man and boy as well. The 1871 Census states that he was now a grocer and by 1881 a grocer and baker. There is also an Evening Sentinel article from 1885 which refers to him as a Grocer and Estate Agent.
During 1885 William left Smallthorne and emigrated to Tasmania. Whether this was due to the death of his wife two years earlier and death of his Father, Thomas early in 1885, we can only speculate. 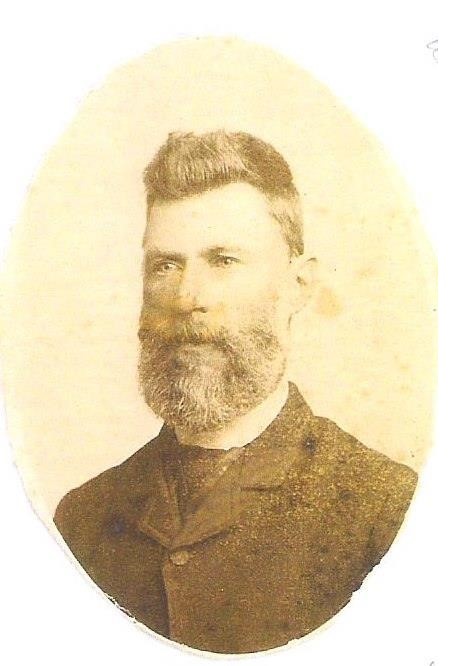 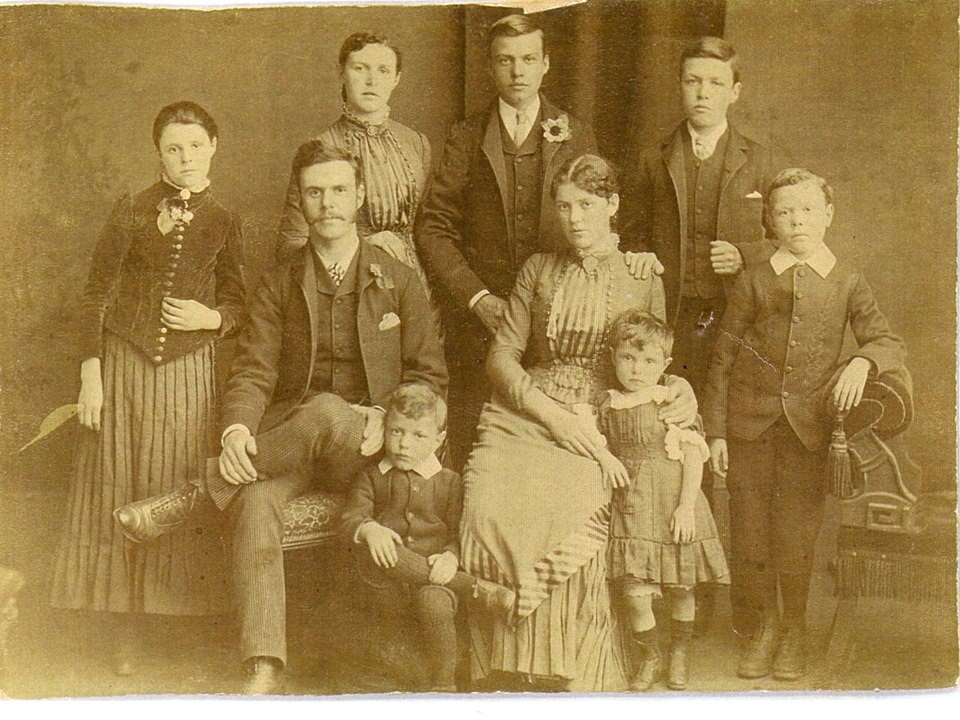 William married Annie Harcourt Turner in July 1890, at Launceston, Tasmania, Australia. They had 4 children, all daughters.

On 1st May 1881, William’s 2 youngest UK children boarded the RMS Tongariro at Gravesend, Kent and sailed to Hobart, Tasmania. They arrived on 9th June, 1881, their ages were 9 & 8 and according to the passenger list they travelled alone.

“William most likely arrived in Tasmania in 1885 on the Clarence. William saw the land at Nubeena, Tasman Peninsula, from the ship in Storm Bay when he first arrived here, but because of an outbreak of a contagious disease on board, they sailed on to New Zealand returning later. He made enquiries regarding the availability of the land, and then bought two lots: 157 acres in all, along Roaring Beach Rd, at Nubeena to Badger creek. He worked at Launceston burial ground for a time. William added to a house already built. Evidently he had grandiose ideas for the house, but money wise something went wrong. He had a large veggie garden selling to the public; one of his happy customers was a well-known photographer at the time, “John Beattie”. William delivered mail after collecting same from Tarannah (shipped in from Hobart), conveniently delivering veggies at the same time. When the C. of E. Minister was not available, William would preach on Sundays. William bought the land that the church stood upon. His veggie garden including an orchard – it must have been spectacular as people would come from Hobart to see his garden. He named the property ‘Smallthorne’ and he’d planted pine trees and a yew tree brought out from England. They are still here today. William was very patriotic man towards his homeland and was very concerned during World War 1. He was never the same after hitting his head on a Blackwood tree whilst crossing the creek on his property. A sore developed and wouldn’t heal – he always wore a hat to cover it. On the night he died, he spoke to his youngest daughter saying to her, “Don’t read those trashy books, read a good book.” He then checked his animals twice that night (unusual). He passed away in his sleep that night. William’s funeral service was the largest at the time. The house named Smallthorne is still standing together with the pine trees and the yew tree. In 1967 when Hobart suffered a terrible bush fire, Annie, Williams’ daughter, lost everything, including her father’s diaries and journals which he kept throughout his life – a beautiful hand written account of daily events. ((Heart breaking)). William’s other daughter, Marjorie, was engaged to be married during the First World War Her fiancée was killed in Flanders and she never married.” 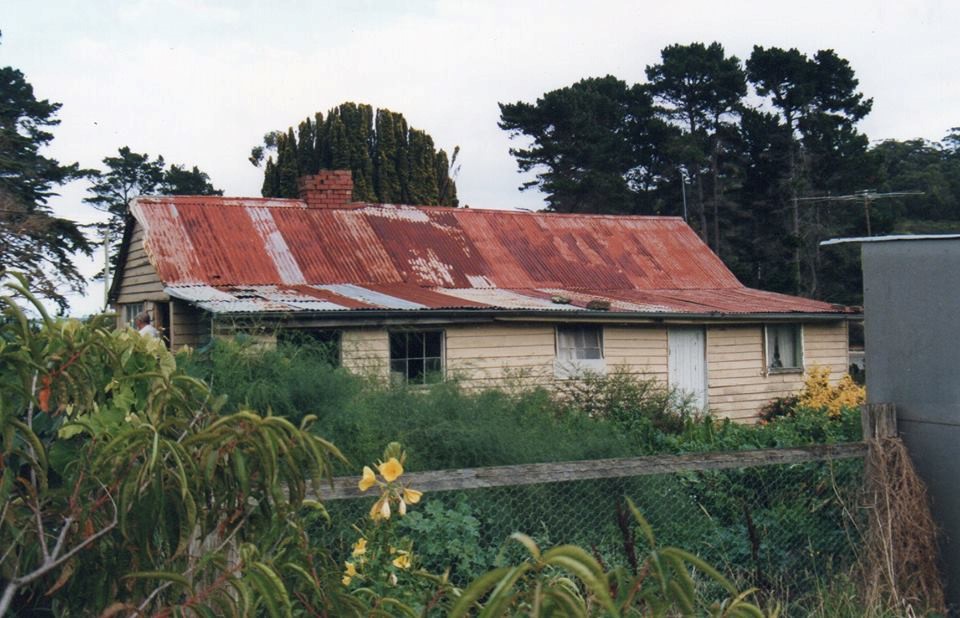 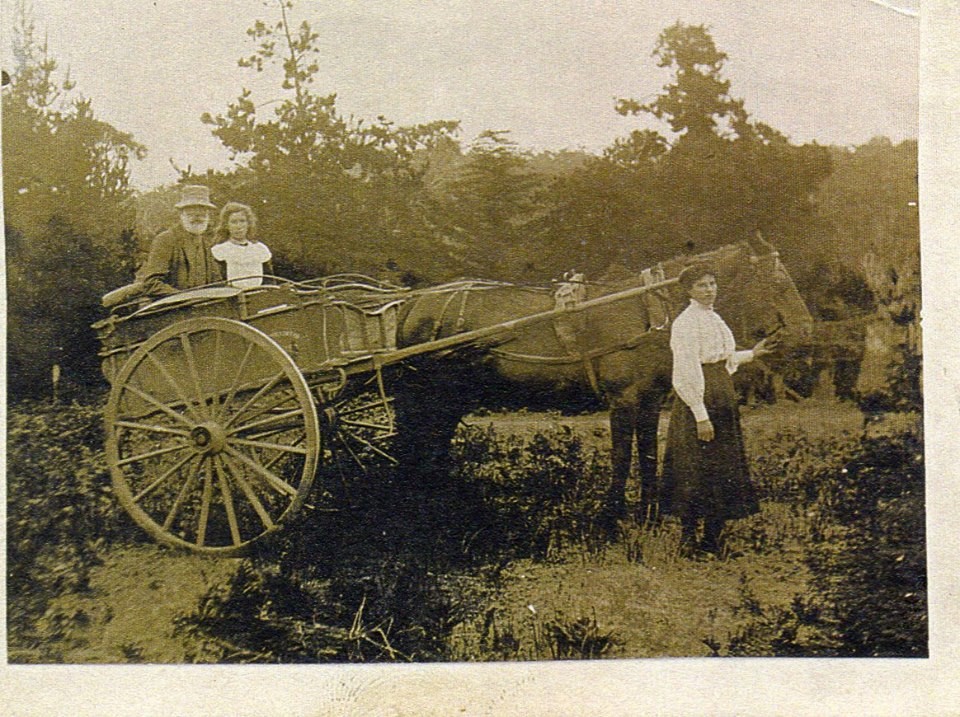 William and two of his daughters at “Smallthorne”, Tasmania

Thanks go to Tony Tomkinson for providing the images, information and a great deal more on Thomas Tomkinson’s extended family in Australia.

Jane Tomkinson and her family tree research in Stoke-on-Trent

The Way We Were – Delving into the life of Thomas Tomkinson